The Best Direction For Identifying Essential Criteria For Brisbane Queensland 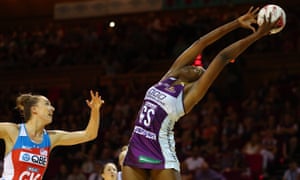 Photograph: Chris Hyde/Getty Images Australian Associated Press Friday 10 March 2017 07.23EST There was no revenge for the NSW Swifts in a grand final rematch as the Queensland Firebirds eased to a 62-53 win in Brisbane. A seven-goal surge in the second quarter gave the hosts a 28-21 lead, which the Swifts chased in vain for the rest of the match. The Swifts own Caribbean sharp shooter, Sam Wallace of Trinidad, made 48 from 55 shots at the other end. The Firebirds won their second straight ANZ Championship title last July with a double overtime victory over the Swifts, though only seven players from the 2016 grand final were in action at the sold-out Brisbane Convention & Exhibition Centre. Both teams came into the fourth-round fixture with a win and a draw to their name but the Firebirds move to second on the ladder. Firebirds captain Gabi Simpson said her team did what was asked by coach Roselee Jencke when the game was there for the taking early in the final quarter. She told us to lift, Simpson said. She said lets take it a step up and make sure we lift the intensity in the first five minutes. The champions did just that scoring the next four goals. Swifts wing attack Paige Hadley bemoaned the lack of experience her side showed during the most crucial period of the game. The nine goals is obviously frustrating because it definitely didnt reflect the type of game but in the end they converted every turnover they got, Hadley said.